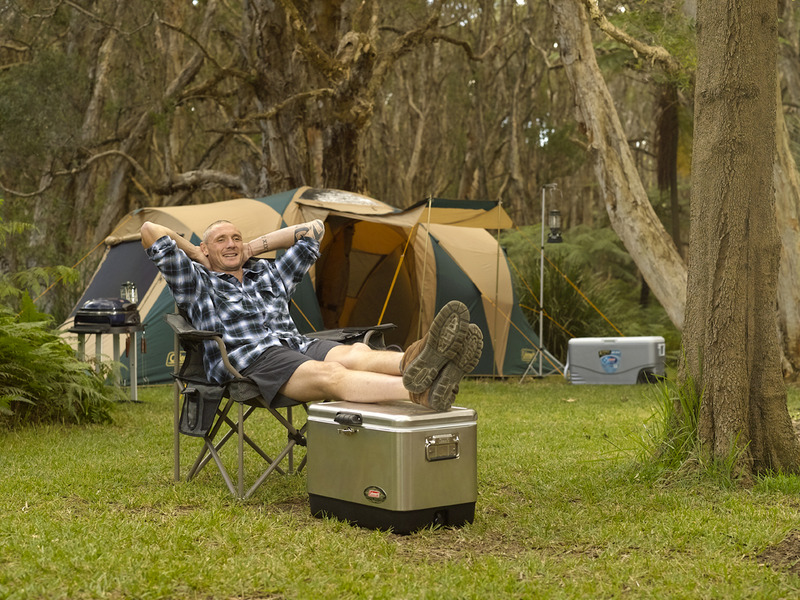 The Campfire Cooking Corner will be just one of the attractions at the National 4x4 Outdoors Show and Fishing & Boating Expo, which is held at the Melbourne Showgrounds from 22-24 August.

"The Campfire Cooking Corner is an innovative new show exhibit for us and one we feel will be extremely popular with our visitors, as food and cooking is such an important part of what makes experiencing the outdoors memorable," Paul Mathers, Event Director said.

"Who better to host the Campfire Cooking Corner than Sheree and Peter 'spida' Everitt, the stars of the hit television show The Great Australian Doorstep who have been travelling around Australia and other countries with the show since Spida retired from his AFL career.

"With a revolving line-up of special guests cooking intriguing recipes such as a zip omelette and brick chicken, we're confident the Campfire Cooking Corner will delight tastebuds proving that nutrition and taste don't have to go by the wayside when you're on the road," continued Paul.

Spida and Sheree are excited to be a part of the unique Campfire Cooking Corner.

"By using local produce, knowledge and talent on our travels and cooking adventures, we have discovered some of the best hidden campfire recipes and outback cooking techniques of all time," said Spida.

"We'll also be showing people how to cook outdoors, what to cook and, importantly, what to take with them when they are on the road," he continued.

The Everitts are part of a line-up of special guests and industry icons appearing exclusively at this month's Show, including: John 'Roothy' Rooth, arguably the most recognisable face of 4WDing in Australia; Paul Worsteling from television's iFish; All 4 Adventure's Jase Andrews; and Chris 'Brolga' Barnes, aka Kangaroo Dundee.

Outdoor and off road adventurer, Rick O'Brien from Channel 10's Offroad Adventure Show, will be hosting the 4WD Proving Ground, another exclusive exhibit at the National 4x4 Outdoors Show.

With over 34,000 square metres dedicated to boating, fishing, touring, towing and 4x4s, the show is tipped to be the premier exhibition for outdoor enthusiasts and will feature tens of thousands of products on display, with masses of show specials expected, too.

Another drawcard for visitors at this year's Show is the major prize of a fully-loaded Isuzu MU-X LS-M manual off-roader thanks to Isuzu Ute and Opposite Lock, valued at $60,000.

The 2014 National 4x4 Outdoors Show and Fishing & Boating Expo will be held at the Melbourne Showgrounds from August 22-24. For further information and to purchase tickets, go to www.4x4show.com.au